Had a great turn out at the oil party in the office on Saturday - so big thank you to everybody that made it.  We went down to Lakewood today for Mother's Day Brunch, still feeling pretty full from jalapeno biscuits and gravy (I know not a very healthy choice but it was delicious). 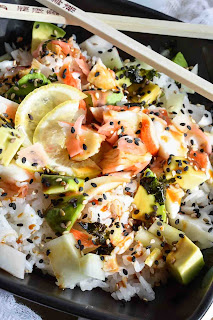 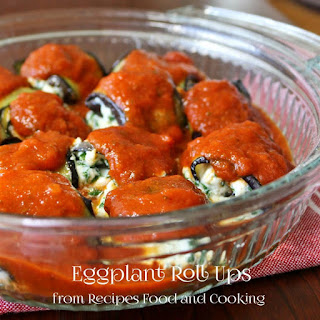 http://recipesfoodandcooking.com/2015/01/12/skinny-eggplant-roll-ups-eathealthy15-giveaway/
I am going to add ground turkey to the roll ups for a little protein 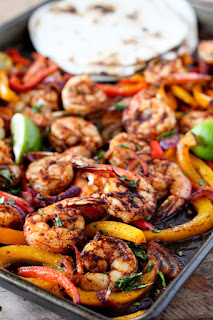 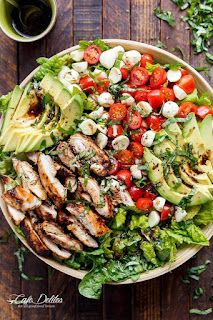 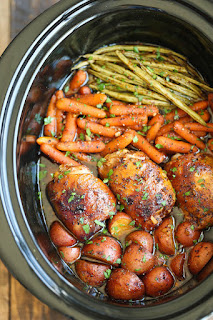 run out of excuses.

lets be honest, just when i feel like i’ve got a grip on this workout thing, motivation drops, life goes crazy and then POOF, an excuse appears. its like magic, really. just when i need a reason not to get that run in, life almost always throws me a bone and gives me a solid reason not to.

take last week for instance. in a normal week, we operate at the level of busy, which is manageable, but much easier when you are firing on all cylinders. but then the stomach flu hit me. i had no choice but to sit life out for a day and do my best to recover. losing a day out of your week is hard and then trying to make up for it while you still aren’t one-hundred percent is even harder.

so with 2 weeks until the colfax half-marathon, this weekend was supposed to be my longest training run, the grand finale, final push of training, if you will. but i was dehydrated and weak from being sick. i didn’t want my last big run before the race to be horrible and possibly injure myself or even get sick while running (no one wants that!). so i didn’t do it.

but then i started feeling bad. excuses are so easy. and while this was a pretty good one, nothing about training for a race is supposed to be “easy.” and while the stomach flu wasn’t a part of the training plan, excuses aren’t either.

so i found a way. it involved waiting an extra day to know that nasty flu was behind me. it meant getting up at 5:15am and starting my run in the dark so i could be home to be with mason in time for dr. chris to head up to adjust his sunday morning patients. it wasn’t the easy way. or the way i wanted to do it. but the satisfaction i got from pushing myself beyond the excuses was more than worth it. it wasn’t the 11 miles i was supposed to do this weekend, but 9.5 miles felt far greater than doing none and letting the excuses win.

i’m not saying this is how it goes every time i want to sit one out. but this is a great reminder for me that the easy way doesn’t feel so good. and when the calendar is full and it doesn’t seem like there’s time to squeeze that run in, take a second look.

but i’m not gonna lie, the nap i’m about to take is going to feel pretty amazing too!

- kristen
Posted by Optimal Health Chiropractic at 8:41 AM No comments:

When I went to the grocery store this weekend, I was thinking warm and sunny.  Warmer weather always makes me think seafood boil.  I am not sure why my mind goes there but it just always sounds good when you are sitting around the backyard.  Of course then the storm rolled in tonight, but oh well, I wont let that disturb my tasty shrimp and super hot cocktail sauce ( Ketchup and extra hot horseradish).  Another busy week in our house, Kristen is doing some freelancing and we have our oil party Saturday in the office.  As well as trying to get out all the wonderful Mother's Day gift baskets to our clients who ordered them in the office this year.  So we really tried to add a few recipes that can be done a head of time.  Our go-to quinoa power salad and a soup.  Hope this helps give you ideas for the week. 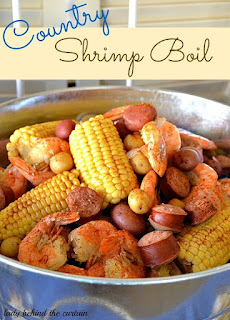 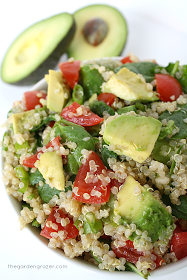 http://www.thegardengrazer.com/2014/04/quinoa-avocado-spinach-power-salad.html?m=1We add Black beans and Feta to this recipe, adds a little protein and makes it delicious

Tuesday- Tofu Tacos (no fancy recipe for this one)
First step I press the water out of my tofu which gives it a better texture.  I just slice one brick of tofu in 8 cross sections.  Then I place it between two cutting boards with paper towels between the cutting boards and tofu.  After the tofu has been pressed I coat it with a mixture of sriracha and honey.  Throw it on the grill for a couple minutes per side and cube it up.  Then I simply fill corn tortillas with the tofu and any other toppings I desire. 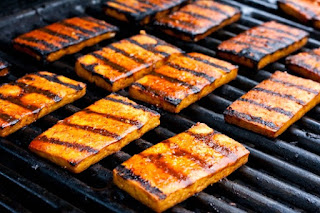 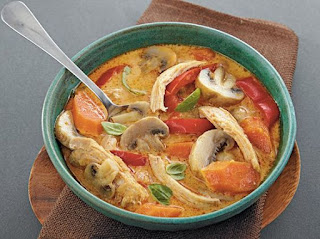 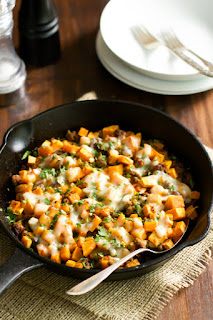 http://www.primaverakitchen.com/ground-turkey-sweet-potato-skillet/
Posted by Optimal Health Chiropractic at 9:05 AM No comments:

Optimal Health Chiropractic
Hi, welcome to our blog! We are Optimal Health Chiropractic, a chiropractic practice located in beautiful Broomfield, Colorado. While we are not perfect by any means, we try to live healthy lives, and often our patients ask us about food choices we make, how we choose to work out, questions about essential oils and more. Our blog is here to give you a peek into our lives and how we are doing things. We'd love to talk to you about what works for you as well - we have a lot we can learn from each other and we hope this is a great place to do that!